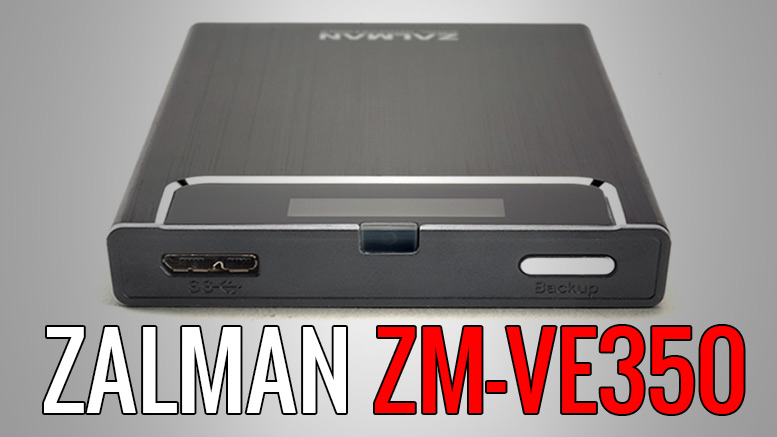 I consider the Zalman ZM-VE350 an essential piece of kit in my tool bag.

The drive itself is fairly unassuming, its simply an 2.5 inch external hard drive caddy with a small LCD screen and a whole load of extra functionality. The drive comes as a bare bones unit so you need to add in your own 2.5 inch HDD (SSD’s are apparently supported with a firmware update – but I’ve not managed to get that working yet).

Once added, depending on the mode that the Zalman is in, you can use it as a simple external hard drive, an emulated optical drive, or both the the same time.

By creating a folder called _ISO on the root of the hard drive – any ISO’s that you store there appear in the ODD menu on the device. When you select these files, the caddy tells the machine you are booting to that a USB DVD drive is attached with the selected ISO loaded. You then can boot from that CD/DVD as you would a physical device.

This saves a ton of hassle, no more carrying around a bag of disks or having to worry about not having a bootable USB stick on hand (like one configured with Easy2Boot) – it just works out of the box. 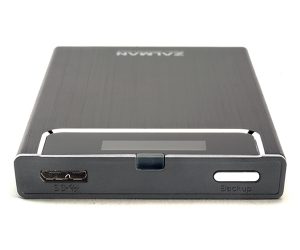 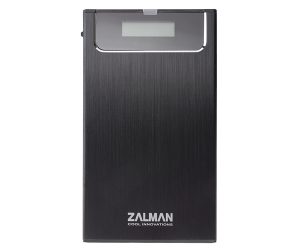 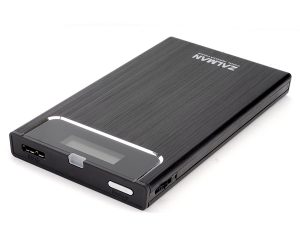 The Zalman drive also functions as a standard hard drive caddy (and a quick one at that). This means that even if you rarely use the DVD mode, you have a very high quality external drive on hand for all your other files.

The device doesn’t come without a few odd quirks. Some machines that you boot to don’t care if you are using the combined Optical and Hard Drive modes (this is my default setup). Some machines, especially Macs – really don’t like this and the device wont show up unless its in Optical only mode. It really is just about switching between both and seeing what works.

The other quirk is that even though it supports SSD’s with a firmware update – my device refuses to update so i’m stuck with using a standard 2.5 HDD – this is a minor point as I can live with this.

To sum up, i’d recommend that every IT tech or enthusiast simply go out an buy one – simple as that. It’s a very handy device that can really get you out of a jam – I’ve used mine to build PC’s and Macs without an optical drive present, I’ve duplicate drives with Clonezilla using it and I’ve even rebuilt my ML10 v2 using it in place of Easy2Boot (saving a little playing about in the process).

I think its worth every penny of the £38 cost.