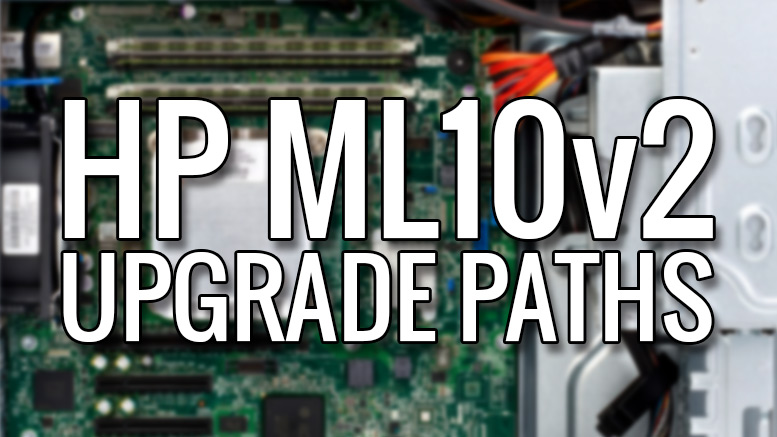 A few thoughts on a potential HP ML10v2 upgrade path 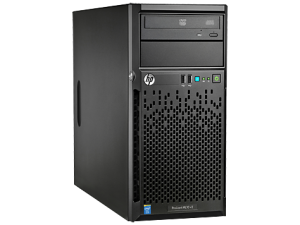 Over the last few weeks i’ve been playing with my newly acquired HP ML10 v2 and my overall impressions have been really positive. The server, for a low end Pentium with only 4GB of RAM performs remarkably well as a Hyper-V host in my current test environment. Obviously, before I can really push out some test VM’s I need more Memory, and once I get my cashback from HP for the ML10 v2 and the Gen8 Microserver i’ll pick up 16GB.

Whats also got me thinking is the upgrade path for the server. Initially the Pentium at the heart of the server is going to be just fine for a couple of virtual machines but once I start adding some more into the mix, especially “non-production” test machines (Server 2016 & Windows 10 for example) then the server may struggle on its low end CPU.

The three CPU options that ship from the factory with the server are an Intel Pentium G3240, the Core i3-4150 and the Xeon E3-1220v3. Obviously I picked the ultra low end server mainly for the cost, but by going for the cheap version gave me a lot of scope (and a bit of budget) to upgrade as I needed.

Dropping these into PCPartPicker (because i’m lazy) give the following CPU costs (as of Dec 15).

There are other CPU options that have the correct socket, TDP and ECC memory support but i’m sticking to the “official” list that HP supports, just to avoid any possible compatibility issues along the line.

Looking at the three options I can immediately discount option 1 – the Pentium as it’s the CPU I already have. Option 2, while giving the server a nice little performance bump, doesn’t represent enough of a performance boost to justify the £90 cost especially in a VM environment, where numbers of CPU cores are king.

Option 3, performance wise, is by far the best choice for an upgrade. It’s a quad core CPU, has Hyper-Threading (so effectively 8 cores) and has more than enough performance for my needs. The major stumbling block for me is the cost. Going back to my original homelab post my one of my main drivers was keeping within a strict budget and the thought of spending twice the price of the server on a CPU doesn’t sit well with that ethos.

So ultimately i’m not sure of the upgrade path i’ll end up taking with the ML10 v2.

Thankfully the server was cheap enough that if I don’t end up upgrading beyond its base spec then I won’t have lost much at all. Its a great little server and i’ll always find a use for it, be it as a spare DC or as part of a file server cluster.

A Year of Blogging