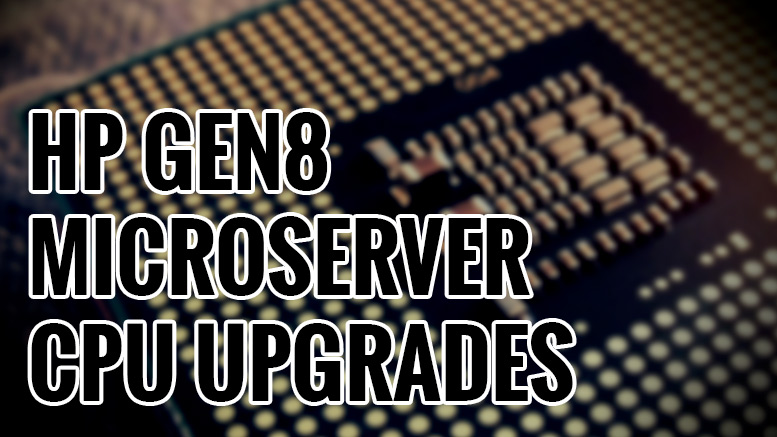 The biggest limitation when considering an HP Microserver Gen8 CPU Upgrade is the fact that the passive cooling inside is limited to a TDP of 35 watts. This means that the server can only officially support a handful of CPUs from Intel’s lineup.

The main factors when looking at CPU choice are: 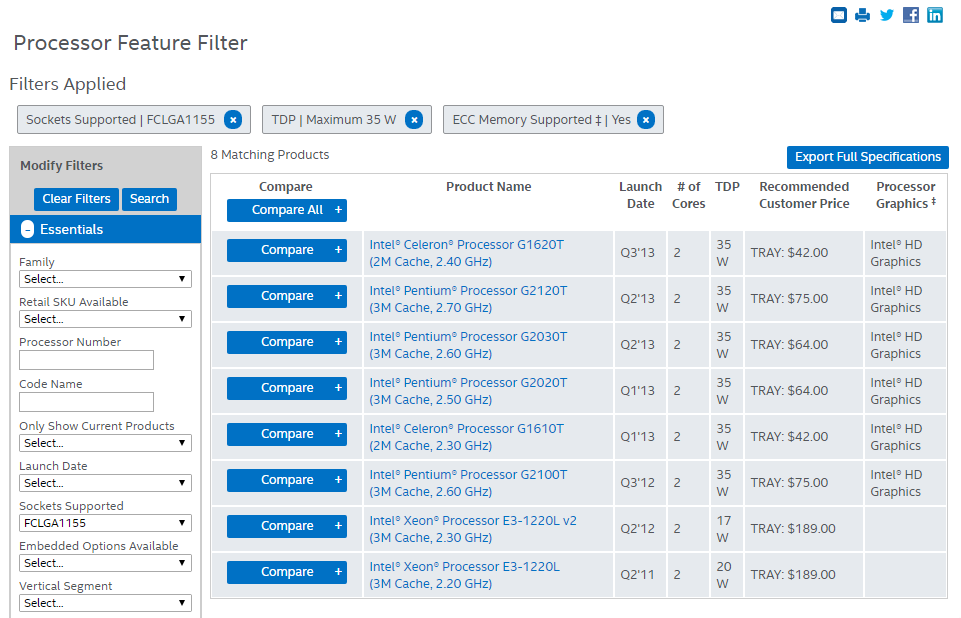 My Gen8 server shipped with the Intel® Celeron® Processor G1620T (2M Cache, 2.40 GHz) installed so I can rule out an upgrade to the Pentium product line as it doesn’t justify enough of a performance improvement for the money, so that just leaves the following two options:

Now, here is the problem – its near on impossible to actually locate a new OEM or retail version of either of these CPU’s. Looking a bit further into the Ark entries for both of these CPUs, they were released in Q2, 2011 and Q2, 2012 respectively and are now both firmly end-of-life. In fact only the following are still in production and available:

To be brutally honest, i’m not prepared to take a punt on a second hand CPU from eBay, especially given the fact that both the Xeons go for well over £150 second hand. The G1620T is the CPU that actually lives in the server already and the G2030T just doesn’t justify the outlay – especially as I’ve already got one in my ML10 v2

There are a few other options, by turning on “Increased Cooling” in the BIOS, a number of Gen8 owners have managed to install and run 45W TDP chips. While this is great in theory but because of space limitations the server is currently sat running in the corner of my dining room. It sits almost silently unless its really getting hammered and it’s because of this that any increase in noise is a big no from me.

Overall, my findings really mirror those when I’d last considered an upgrade to the core of the server. I think the Microserver itself will continue as is.

Its a great little box and is running admirably as a little file server. I just wished i’d got one when it was a new release where CPU availability would have been better.

Still, there’s always the release of the Gen9 Microserver to look forward to 🙂

Be the first to comment on "HP Microserver Gen8 CPU Upgrade"